BIBLE HILL, NS – Page Baird has to be careful not to stop moving when working at the Farm Equipment Museum, otherwise he could be mistaken for one of the exhibits.

Baird, 86, and current chairman of the board, has been a mainstay of the Bible Hill Museum for 27 years. His “artifact” colleague MacKay has volunteered there for 21 years. And neither of them intends to do otherwise for the foreseeable future.

“It’s just very nice doing this stuff,” Baird says, while showing a visitor around the vast collection of strollers, sleds, antique tractors and other tools, equipment and many other “stationary” artefacts related to. the farm.

“I enjoy every minute of it,” he says, both hours spent inside the museum itself and working from home in his woodworking shop, rebuilding or repairing the last job he is doing. has business.

“Like that cart over there,” he said, pointing to one of the many on the floor. “I found this in the bushes. The wood was all rotten, I rebuilt it.

Baird painstakingly respects the smallest details during his reconstructions to ensure they are as close to the original as possible. The cost of wood and other supplies comes out of his pocket, but it all comes down to a labor of love for the projects he undertakes for the museum.

“I’ve always had an interest in old equipment, antiques,” he says.

In the early 1960s, Baird and his family would go on tour in search of old bottles or other collectibles.

He and his late wife Joan would also go to yard sales looking for items they could buy for a dollar or two.

“My wife and I collected things we could afford,” he says. “Sometimes it was just a few dollars, but it was something we were interested in. So it just continued from there.”

Some of the first items he became interested in were inexpensive hat pins, which subsequently sparked an interest in hat pin holders.

“I’m still there, but I haven’t added anything to them for several years because they’re almost extinct,” he says. “It was quite interesting and they were cheap back then. You can buy a hat pin for two dollars. I couldn’t afford a ten dollar hat pin, so one to two dollars would be enough.

As time went on and he had a bit more cash on hand, his hatpins / coat racks purchases grew to $ 20 and up. Today, he has a collection of around thirty copies, part of which was given to his daughter and which are on display at the Museum of Agricultural Equipment. Its oldest dates from around 1900.

“I have some that are quite valuable now,” he said.

Baird also has a very rare Mason flask that a US visitor spotted while sitting on his window sill as he walked past and for which he finally offered him $ 1,200.

He does not regret not having sold it.

“I don’t know what’s going to happen to him, but it’s something different,” he says.

In 1993, Baird once stopped by the Farm Equipment Museum while it was still located in the industrial building on the NSPE grounds to ask the president of the day if he needed any help.

Baird left depressed, but those emotions were reversed the following year when another committee member asked him if he wanted to participate. He signed on easily and has been heavily involved ever since.

As with the hatpins and brackets exhibit, Baird says he donated many items to the museum, although he has no idea how many.

“Ho, ho, ho… I don’t know,” he laughs. “Almost every week I bring something. When you’re my age you need to start thinking about (what to do with) these things.

MacKay describes his work at the museum as having been there “a lifetime”.

“I’d better not tell you why I got involved because I was drafted,” she laughs. “But I do it because I love it.”

Although her official title is secretary, like other volunteers, she does “whatever” needs to be done to help run the museum.

“Clean most of the time. I come just because of the high salary involved in the job, ”she said still impassively, with a small laugh.

MacKay grew up on a small farm and then spent 32 years working for the Department of Agriculture. Working at the museum, she says, allows her to help maintain old ties.

The museum is currently closed for the season, but rest assured when the time comes to reopen the doors next year, Baird and MacKay will all be up and ready to go.

“It’s been a rewarding part of my life,” says Baird, of his own collecting efforts and his involvement with the museum. “It’s my interest.”

What is the commercial potential of autonomous agricultural equipment 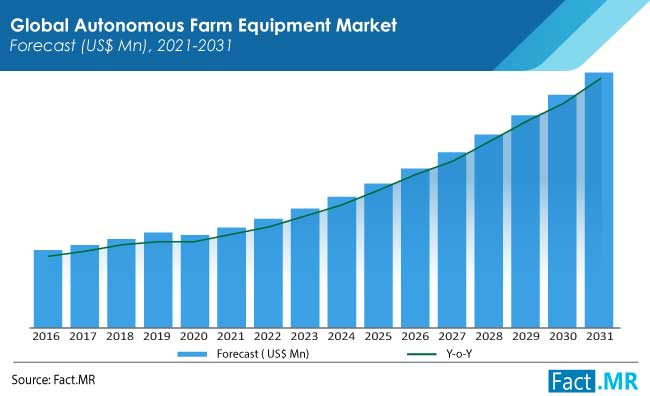 The shortage of the supply chain drives up prices. Farmers fear it will get worse.